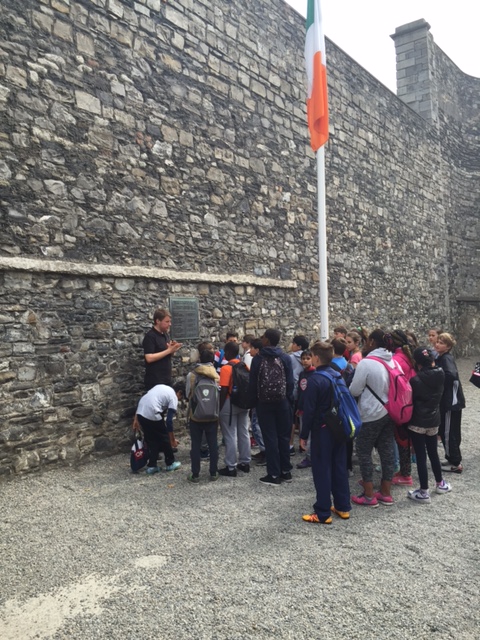 On Wednesday, the 8th of July, Romania class went to Kilmainham Gaol. We left school at about quarter past nine.

We got there a few minutes before ten. The guide’s name was Adam. He let us wander around the place for a few minutes before we started the actual tour. First we saw some of the cells. The walls were made of limestone and because of that the walls were a bit damp. Then we saw some of the signatories’ cells. Patrick H. Pearse’s cell was on the west wing alongside another few cells. The cells were not designed to be a nice place.

The newer part of Kilmainham Gaol, the east wing, was where Joseph Plunkett’s cell was. He married Grace Gifford a few hours before he was executed. Grace Gifford also drew a drawing at the back of her cell. 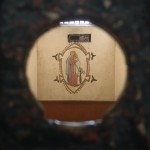 Afterwards we went to the stone breakers yard. Fourteen people were executed. Pearse was the first to go. James Connolly got wounded in the Rising so he was tied to a chair and then he was executed too. There were two crosses. One for the first thirteen and on the other side was Connolly’s cross. We then went to the park for school sports day. 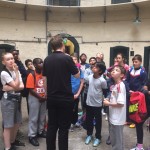 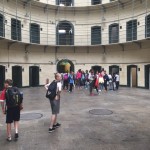