On Thursday our school  hosted an inter-school chess tournament in our P.E. hall with 4 schools; Our school , Eiscir Riada, Esker ETNS and Newbridge Educate Together. There were five people on each team

After that we took a break and ate some food,In the finals it was a very close win for Esker. It was down to half a point.  In the end we all had great fun playing chess and watching games and we were very proud of ourselves and hope we host another one or go to one.

By Ahmad J and Vishnu 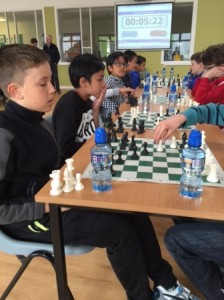 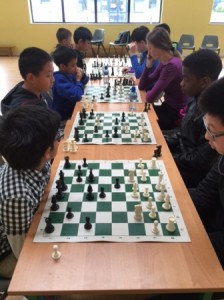