On the 13th of October Romania class made paper rockets. First we got a piece of paper and a pencil. Then we got the paper and turned it to 45 degrees and we rolled it around the pencil firmly tight. After we used sellotape on the top, the middle and the bottom to make sure it stays intact. Then we cut paper into small triangles. Then we put them on the top and taped it to make it stay. Then we made fins for the bottom and folded the edge inwards a little bit. Then we stuck them on to make it look like a rocket. Afterwards we got a straw and put the straw in the bottom of the rocket. Then we had a competition of who could blow the rocket the highest from each group. Then all the winners went against each other in a grand final. The science behind the rocket being able for it to shoot up it the air is that when the triangular part shoots up it cuts through the air. That lets the rocket go up. It then also depends how much power you put when you blow it. It shows that moving air can move many things. 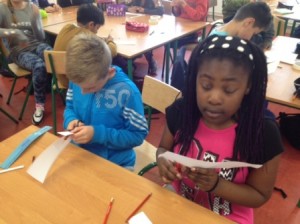 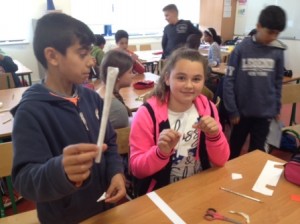 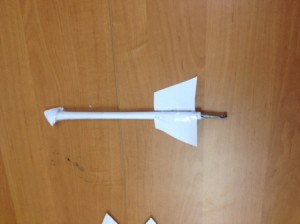 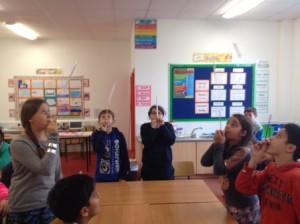