Our winter show was about Matilda  we were all confident about but when got on stage to say  our part we were shy most of are parents were there the main characters were Matilda harry zinnia and Micheal.harry and zinnia would be mean to Matilda same as Matilda brother the songs were revolting children when i grow up and jack and Jill. Dylan was harry. Mohammed was Micheal .Jessica was Matilda. Qasim was Trunchbull. lily was zinnia. Andreea was ms honey. And the FBI were Hamed mason Faizan Evan Abdollah and Dan the FBI was fancy after that we had to see japan class play the had a great play to after that 5th class done Poland class and japan had to back to class some people got to go home and the rest had to stay but we still had fun 20/12/18

by Hamed and Geetha 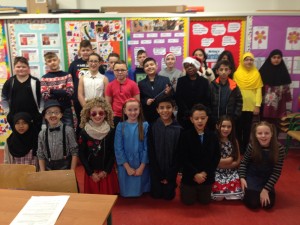