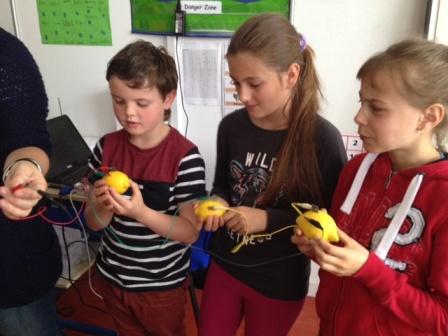 On Monday Guzzler  and Lucy came to our school.

They   taught  us  a  lot  of  things  about  energy  and  played  a  lot  of  games  with  us. We did a lot of experiments.  Guzzler  said  that  he  could  prove  that  he  had  a  bowl   of  sunshine  for  breakfast. He meant that he had corn flakes because corn  gets energy from the sun then the farmer  harvests  the corn and sells it to the factory and they cook the corn and get corn flakes ,then we understood that he actually meant corn flakes.

Then Lucy picked 3 people  and the 3 people held lemons ,she got 2 types of metal ,copper and zinc ,she gave each child both metals ,the children put them in the lemons, then she got crocodile clips and she joined all the crocodile clips together and she put some on the metals that were on the lemons .Then the little light bulb lit up.

We really enjoyed all the experiments and  games.

By: Hadeel and Anastasija in Spain class. 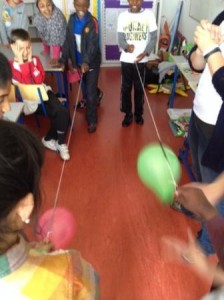 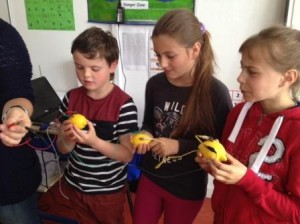