The Last day of the second school term had arrived. Everyone was excited to have 2 whole weeks study free. In most schools the last day before holidays, is a non uniform day. But as L.E.E.T.N.S has no uniform, there was much talk of ideas that could be used instead. It was decided that A MAD HAIR DAY would be fun. This gave children and teachers alike the permission to have a bad hair day. To get creative. to use there imaginations. There was a good variety of decorative head wear throughout the school. Some of the children decided on a colourful scarf to wear round their necks. The boys, who obviously have less hair to work with than the girls, really made an effort to take part in the day. We had gelled hair, sprayed hair, wigs, plaits, pony tails, spikes, Mohawks, and even a teacher with a nest in her hair. Some people wore cool hats too. The whole school really made an effort. It proved to be a fun and worthwhile fund raising project that gave everyone the sense of community that is always at the heart of all planned events. One child from each class was chosen for overall maddest hair and presented with a big chocolate bunny. All children involved in the day received a small chocolate bunny and certificate of participation. 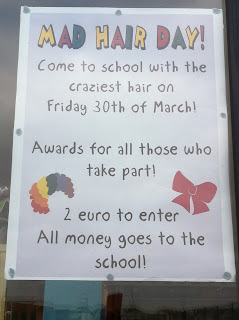 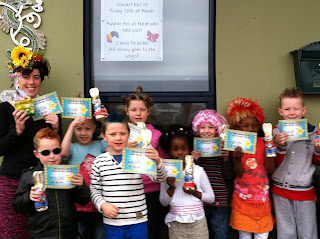 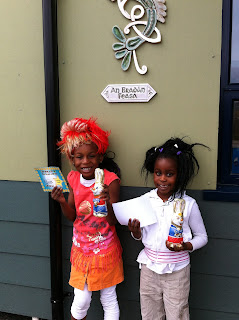 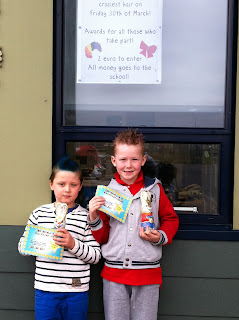 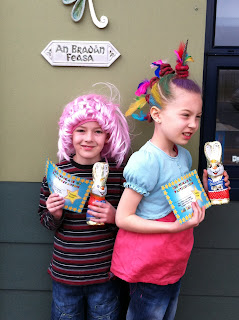 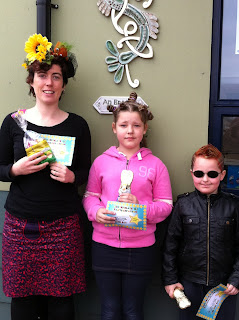